Our Paper Starlights are hand-made in India. To identify their beginnings is difficult, as paper stars appear to be a folk tradition, impossible to pin down in time and transcending cultures. What we do know, however, is that each Paper Starlight has its origin in joyful celebration and festivity.

Across India paper stars are used to decorate people’s homes at Christmas, as well as being an unmissable part of the Hindu festival of Diwali, a celebration of Light.

Paper stars appear to have entered the folk tradition of a variety of countries and cultures, spread over wide geographical distances. In Scandinavia and Germany, a paper star is hung in the window at Christmastime and the Moravian congregations of Germany have been known to hang a 110-pointed star outside their church building for Advent.

Over the years many of our customers have told us of star lights existing way back – in Ireland pre Second World War, Turkish stars, Egyptian stars, stars from China, Nepal and Laos.

As the nights get longer and winter approaches, we meet the darkness with celebrations of light. We carve pumpkins, we parade lanterns, we let off fireworks – we greet the gloaming with a show of light, a burst of festivity – and a bright shining star.

To say thanks to everyone keeping our community going & to bring #LoveandLight into our weekly shop, we’ve decorated the community wall @Morrisons @chesterfield where you can see the lovely rainbows created by local kids & donate to @NHSuk & @Ashgate_Hospice ✨💖 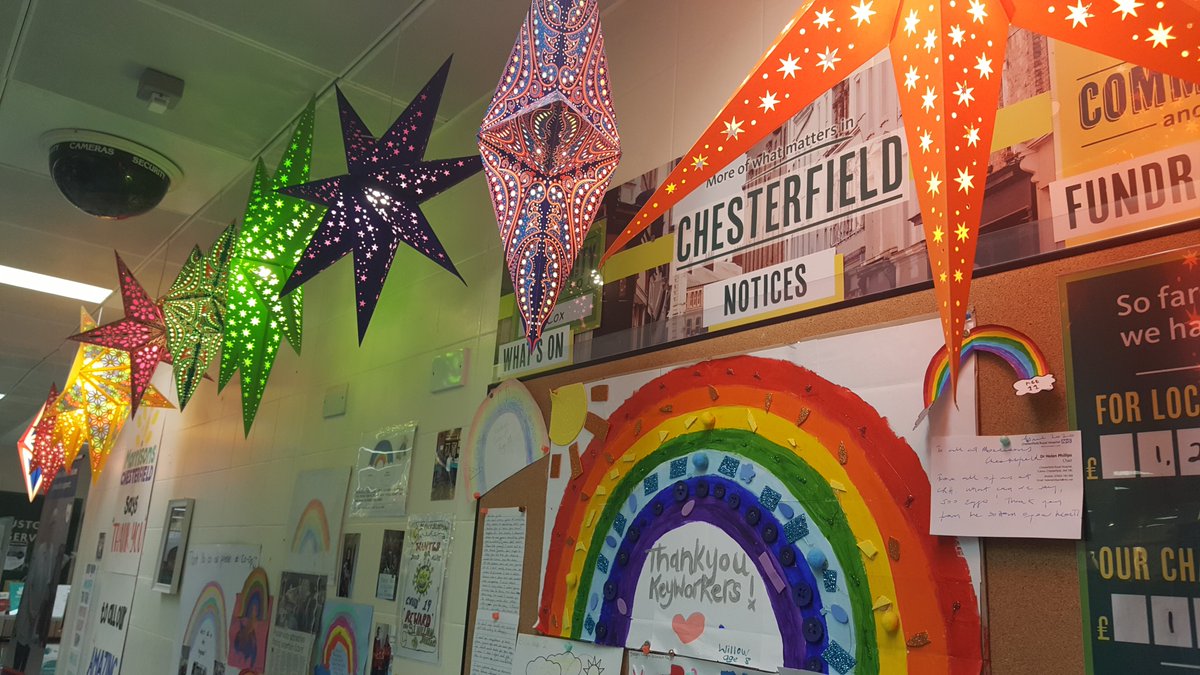 We’re glad our display @Ashgate_Hospice is making people happy & hope it will continue to do so. If you would like to donate to #AshgateHospice, look out for the donation station at the community wall @Morrisons #chesterfield which we’ve also decorated with stars✨
@SFourtyLocal https://t.co/zz8Icr3soA
View on Twitter 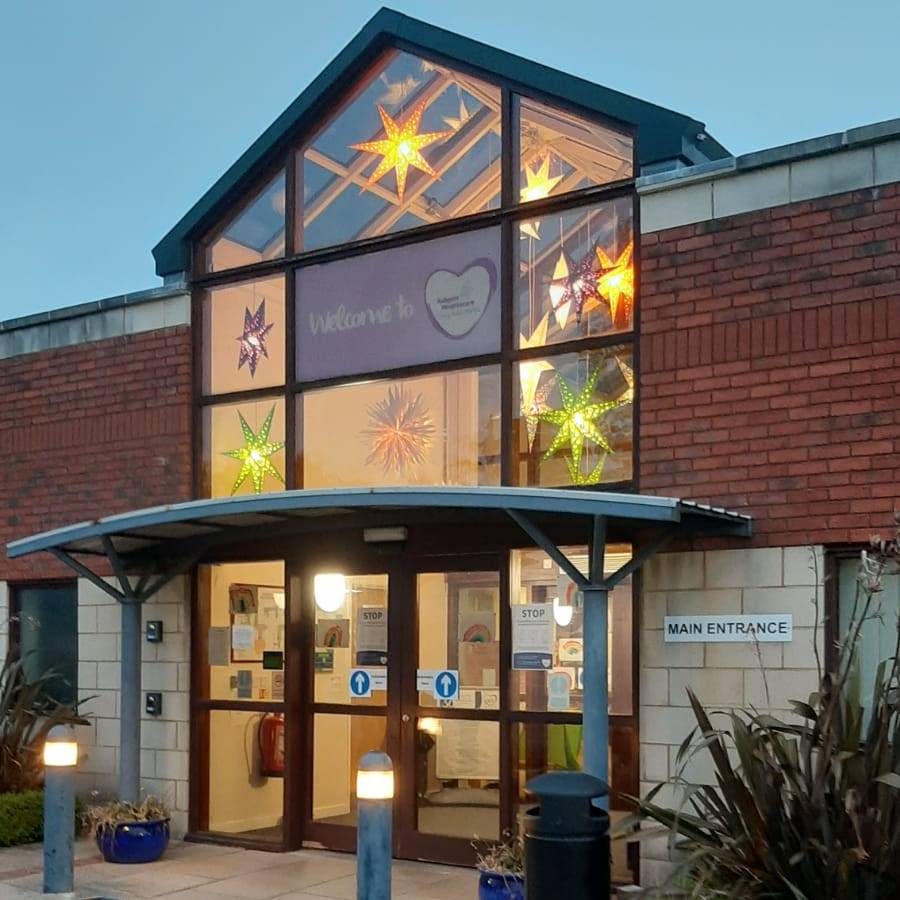 Thanks @Ashgate_Hospice for kind words over the last few days!We’re proud of our community & playing a huge role here is #AshgateHospice.We wanted to say #thankyou & to bring #LoveAndLight to staff, volunteers, residents & visitors we created a display of stars for the entrance. https://t.co/zh5Dgdcf2D
View on Twitter 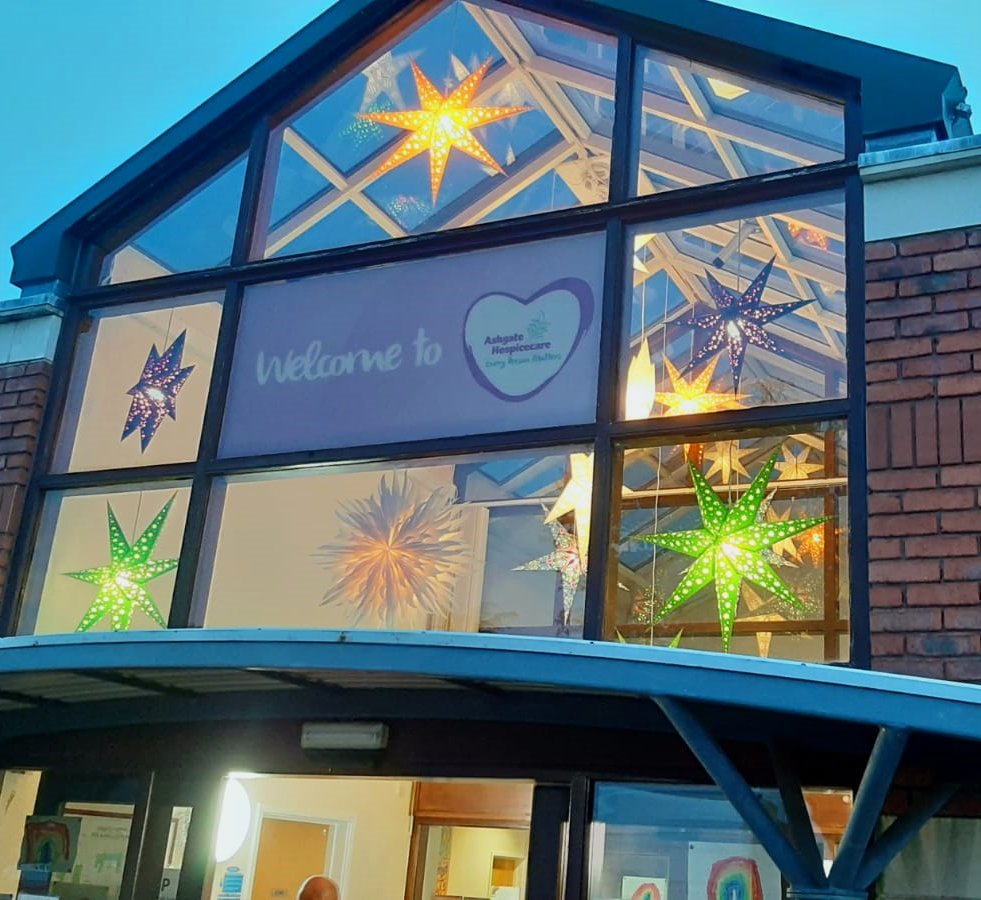 It's #Friday - and here at #paperstarlights we're looking forward to all tomorrows' parties 🤩 We don't know where or when they'll be - but we're ready to get out and party under the stars ✨See you there!
#Fridayfeeling #FridayVibes #alltomorrowsparties #readytogo #loveandlight https://t.co/A3g8005K1F
View on Twitter 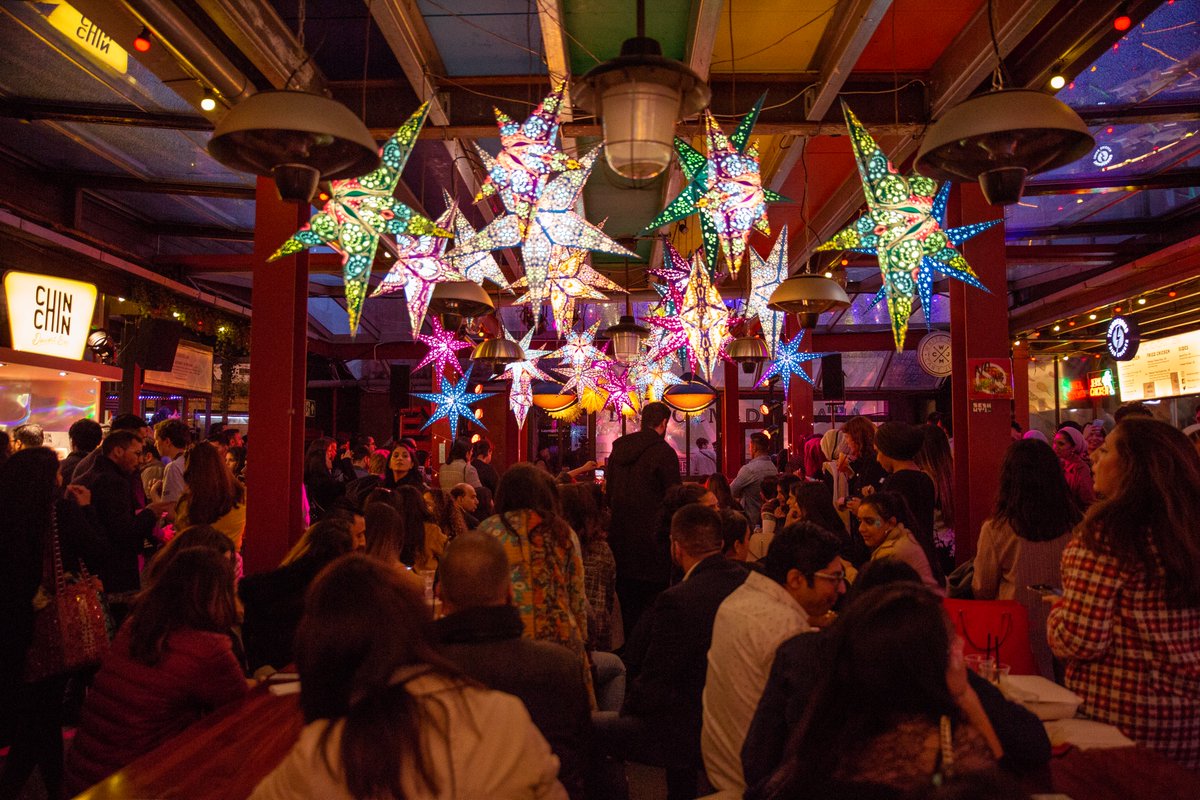 Shine a light for #FlorenceNightingale , the #ladywiththelamp - it's the 200th anniversary of her birth today #happybirthdayflorencenightingale 🌈 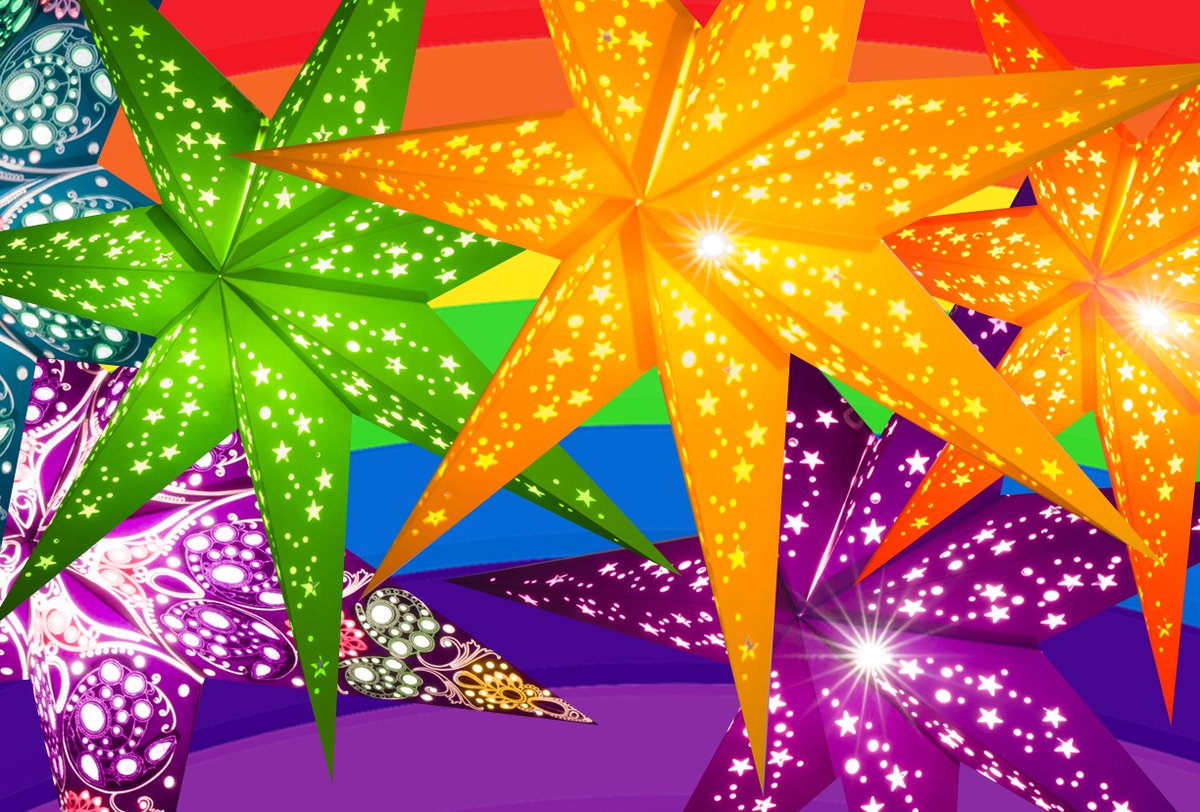 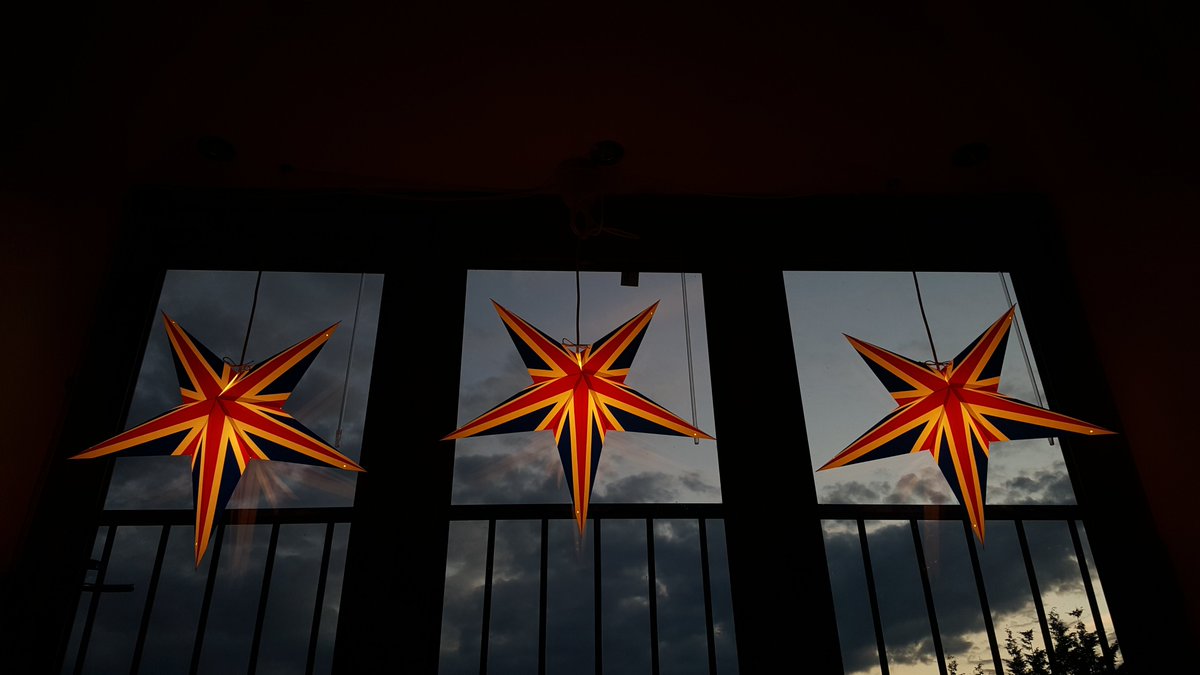 Remembering #heroes past and present. 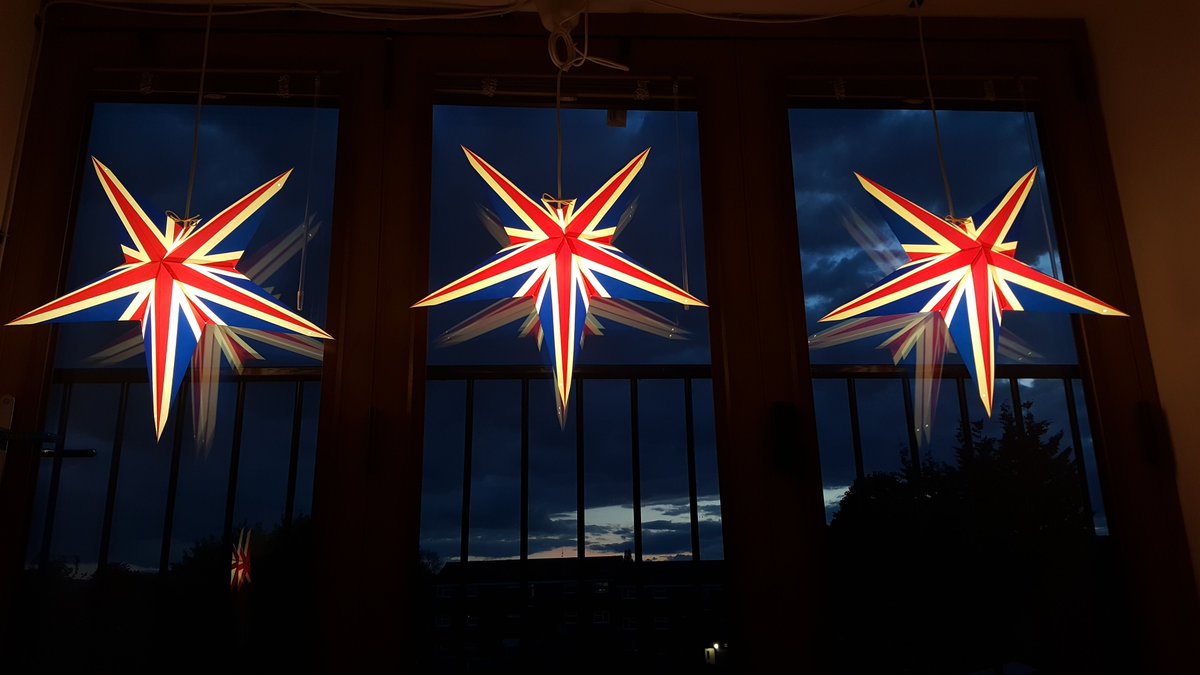 All the colours of the #rainbow 🌈✨ 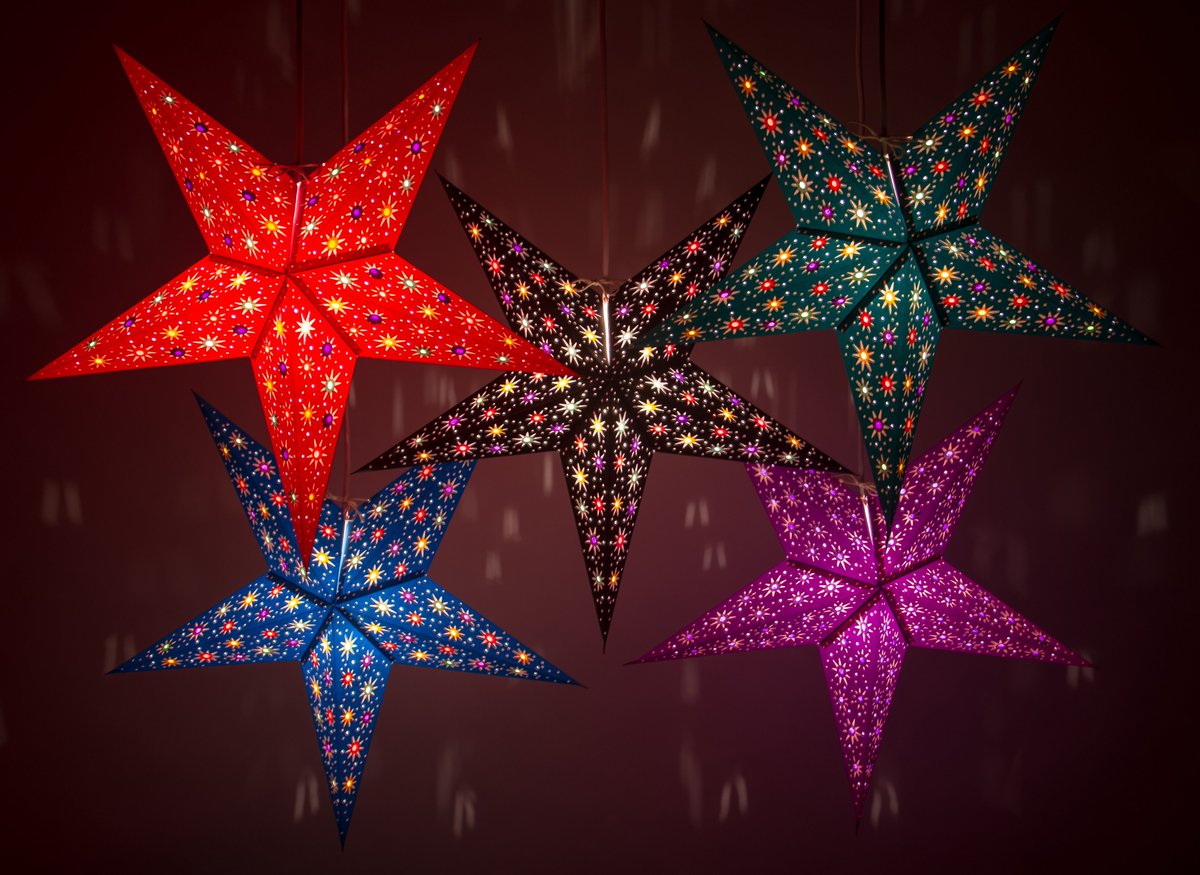 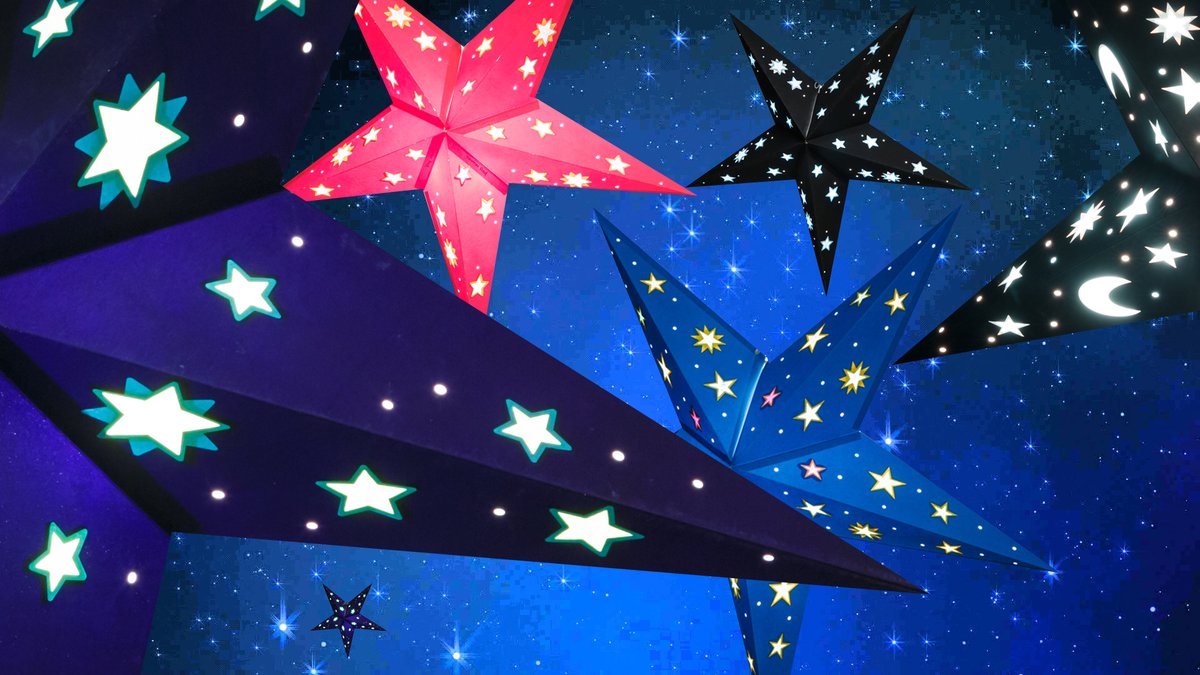 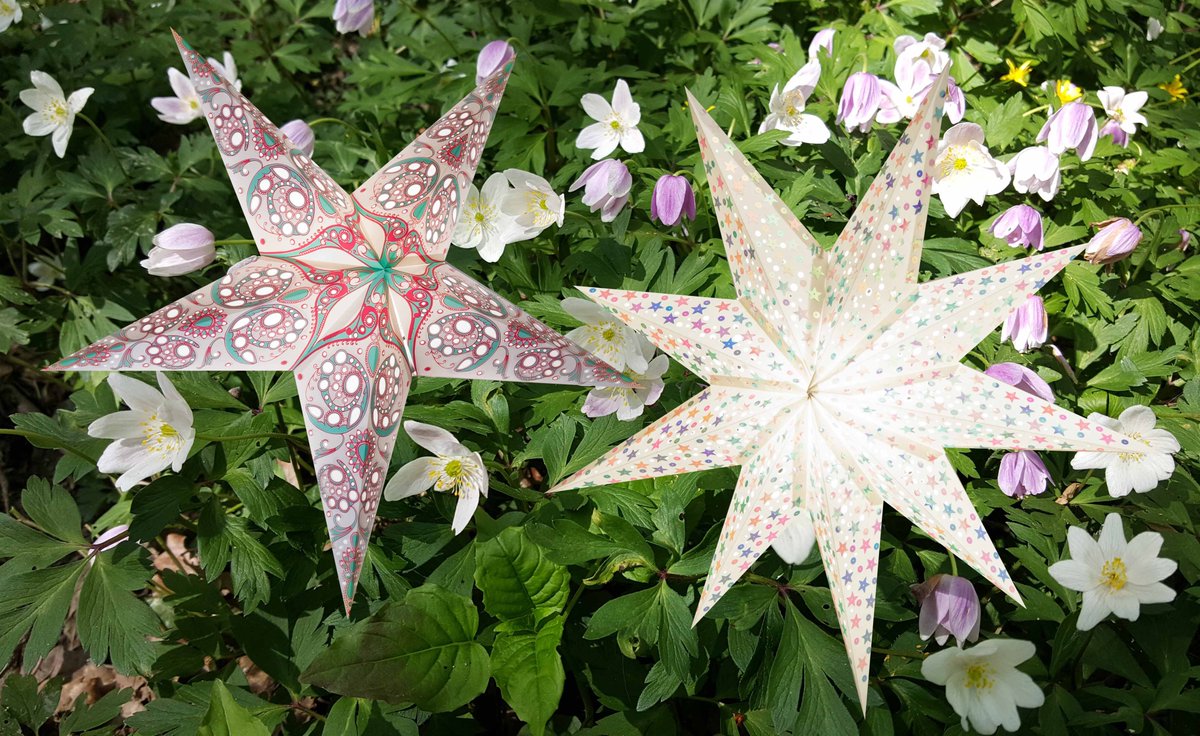 @AnitaRoseDesign Morning! Hope you have a lovely day 😀
View on Twitter
0
1

Yes! #2500Followers! Huge thanks to @AnitaRoseDesign for being number 2500 😀And a big shout out to all you 2499 for following and supporting us over the last couple of years . Have a #fabulousfriday and a #wonderfulweekend all of you 🌈 https://t.co/9wgXwyFvEU
View on Twitter 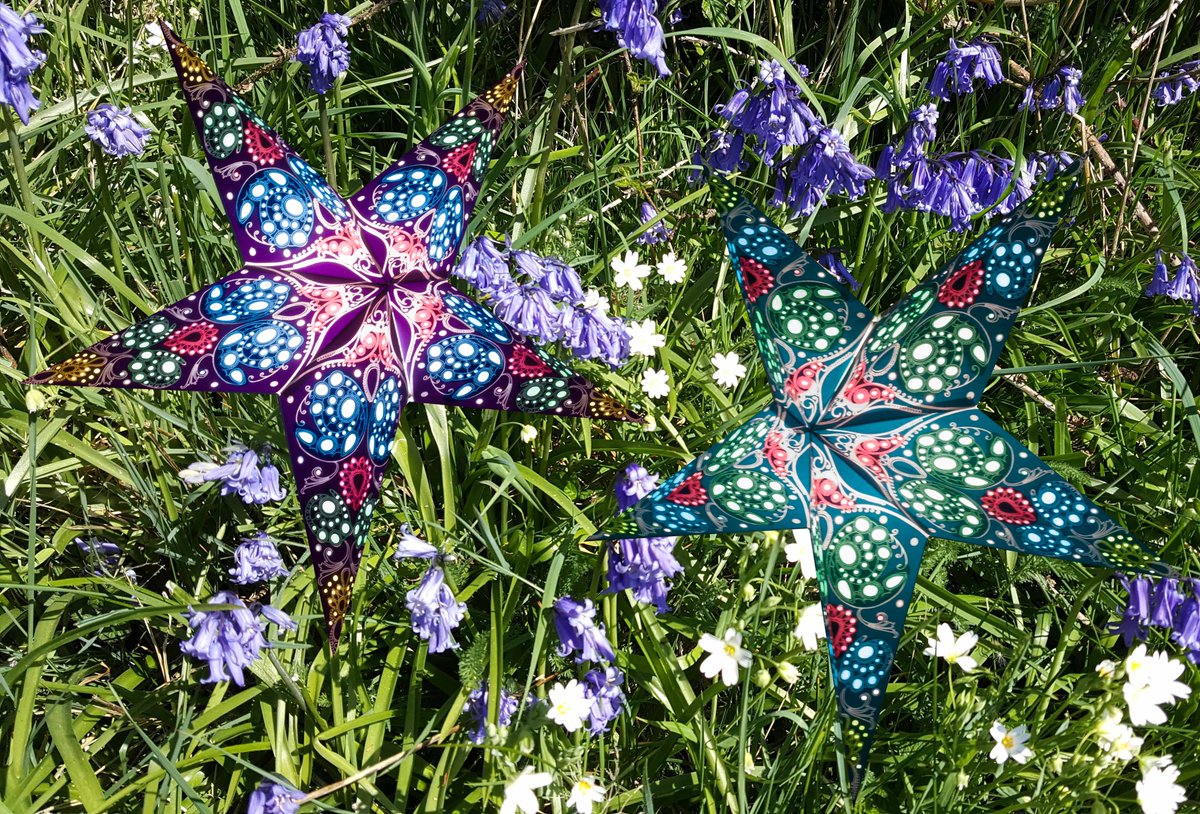 @InksArt Wow - that looks fab! Thanks so much for buying it from us 😀Where did you get it from?
View on Twitter
0
1

On dull days like today we’re all reaching out for light & colour. This is our Phoenix Violet design–its rich violet matches the #wildflowers popping up right now, and with a gold printed detail, will bring light & beauty to a space - sure to lift the spirits! #paperstarlights https://t.co/uDgn2eUDYo
View on Twitter 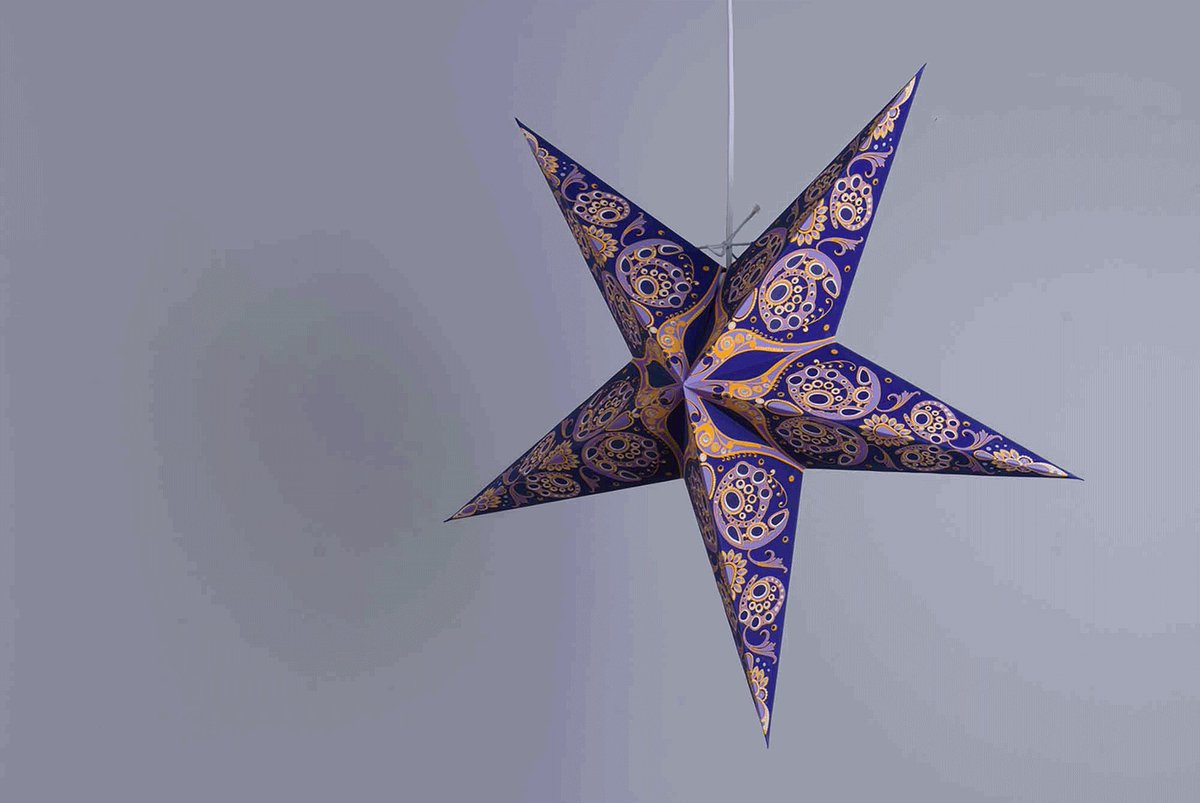 A big shout out to everybody at @VMDisplayShow on what would have been the first day of this year’s show. We hope everyone’s staying strong and keeping the faith during these challenging times for the creative and retail industries. Hope to see you next year ✨
#VManddisplayshow https://t.co/ROM0gUK1w4
View on Twitter 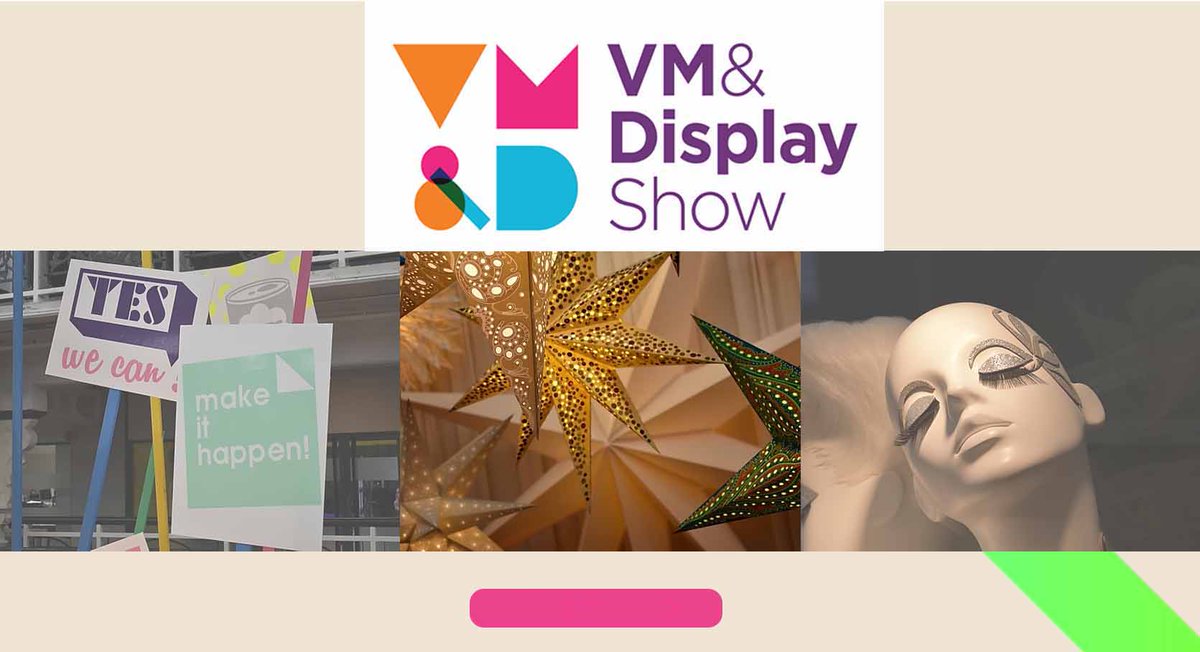 @MHMCreativeArts Hi @MHMCreativeArts - I'm not sure whether my previous reply got lost! Thanks for your kind words - our website is https://t.co/Ke4qacVaG8 - hope to see you there 😍
View on Twitter
0
1

Any cookies that may not be particularly necessary for the website to function and is used specifically to collect user personal data via analytics, ads, other embedded contents are termed as non-necessary cookies. It is mandatory to procure user consent prior to running these cookies on your website.